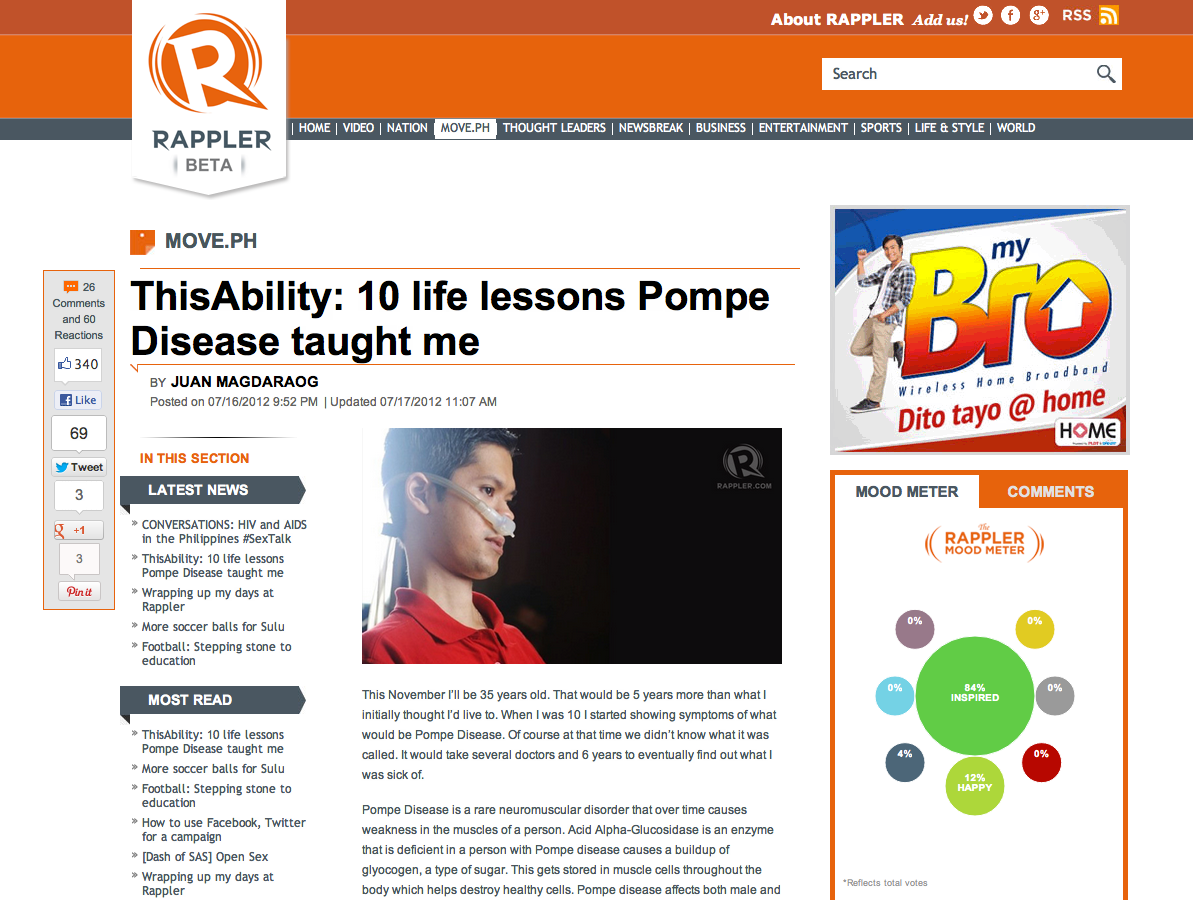 I wrote a blog post/article last July 14 titled “ThisAbility: 10 Life Lessons I Learned Growing Up With Pompe Disease”. I’ve been thinking about writing this for a long time. The main reason behind it was that I’ve learned a lot of lessons growing up battling a life threatening disease. Lessons that I know are applicable not just to someone going through an illness but also with everyday life.

I initially just wanted to post it on my blog. After receiving favorable feedback from friends and family I realized that I wanted to share it with more people.

I’ve been a fan of the people behind Rappler for some time. Notably Maria Ressa and Patricia Evangelista.

Maria I was fortunate enough to meet once during a visit to ABS-CBN while she was still working there. I had guested on Niña Corpuz’s segment on Mornings@ANC. After the show Niña was gracious enough to give me a tour of the newsroom and even introduced me to several of her bosses. One of which was Maria.

Patricia I had met years ago during an event. We were speakers during that event. She had spoken before me and I was just amazed by how well this 16-year-old girl was addressing the audience. She spoke with such confidence and eloquence that almost made me not want to speak after her.

Patricia and I became friends afterwards. She also did what I still consider one of the best articles about me ever written. I still have it framed here at home.

Going back. One of my friends also happened to work at Rappler. Josh Villanueva whom I met through the local Mac Users Group is one of the senior people at Rappler. I saw Josh online on Facebook and messaged him. I asked him if Rappler was accepting contributions. I told him that I had written something and I would like to submit it for publication on their site.

I received a message from Josh later in the evening. He said Maria had read it and liked it. They were going to publish it. He asked me to write a short paragraph about Pompe disease as well as a couple of sentences about me. I submitted that shortly after.

9:52 pm July 16th, my article appeared on the Move.ph section of Rappler. Amazing!

Maria Ressa went on Twitter to mention the article. I think that was the highlight of this entire experience.

I am deeply humbled and extremely happy that the article was published. I am equally happy about the reception it got. Random strangers sent me messages on Twitter saying they liked it and were inspired by what I wrote. It warms my heart that people took something from the lessons I learned and hopefully it will help them in some way.

My greatest fear is leaving this world having not made a difference in this world and not sharing what I’ve learned with others. This article is one small step towards alleviating that fear. 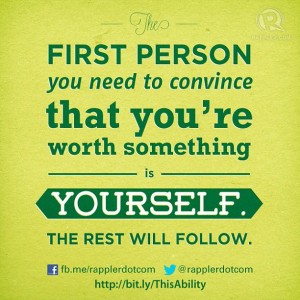 Special thanks goes out to the whole Rappler team, especially to Josh Villanueva for being an instrument in making this happen.

Welcome to my corner of the virtual world. I mainly put up this blog to chronicle my fight against Pompe Disease. A rare genetic disorder. Apart from that I wanted to write about things I've learned going through my experience, stuff I love which includes design and a bunch of other stuff. I hope you enjoy reading my entries. Check out my about page for more details.